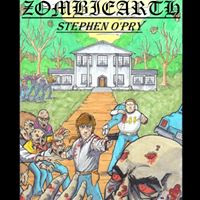 Stephen O'Pry-writer of Zombiearth: The zombie apocalypse has arrived.  Can a group of family and friends overcome the struggles in this new world?  Can they survive the monsters without turning into monsters themselves?  This is an excellent story with relate-able characters that will keep you invested in finding out how everything turns out in the end. 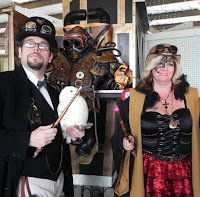 Full Steam Ahead Cosplay and Production-Cosplay duo that creates Steampunk props, jewelry, costumes, and extras.  They love to teach Steampunk and about the creativity that goes into it.  Come join them at Keiser Super Con and find out what teacup races are all about! 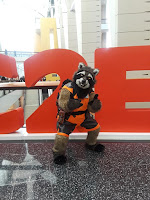 MZ Cosplay and Workshop-Cosplayer and prop-maker with 20 years experience.  He was the guy behind the Toothless Cosplay at the first Keiser Super Con, and we can't wait to see what he brings to Issue #2.

Gotham Underground-Central Florida based cosplay family of mostly Gotham Villains, though they may have some characters from other fandoms as well.  This group will show you how much fun cosplay can be.  We are so glad to have them joining us again this year! 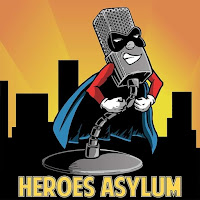 Heroes Asylum-weekly podcast where Mike and Thanatos Kane discuss everything in entertainment, moves, TV, comics, and more!  If you have a fandom in comics, TV, movies, or anything nerdy, these guys bring it to the asylum discussion. 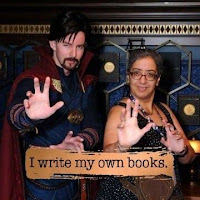 Elizabeth A. Schechter-Science Fiction, Romance, Steampunk, writer of the Heir to the Firstborn, Tales from the Arena, Rebel Mage, and Blood in the Rain series and many other novels.  She has been called one of the top erotica and alternative sexuality writers in the world.  She is a member of Romance Writers of America (RWA), FF&P (Futuristic, Fantasy, and Paranormal Chapter of the RWA), Rainbow Romance Writers, and Passionate Ink.

Pikabellechu-Professional cosplayer and Pokemon collector.  She has been cosplaying for over 15 years with Pokemon, Disney, Sci-Fi, and Anime characters.  She is also in the Guess Book of World Records for for the world's largest Pokemon Collection.  She is also known for her Pikabug, her VW Beetle that cosplays as a Pikachu.  She is a creative artist, with a great many Pokemon, Disney, and other fandom related artifacts available for purchase.  Check out her booth and amazing creations at Keiser Super Con Issue #2.

Joe Fauvel-creator of Cry comics, a Supernatural thriller with a strong female lead character that investigates a criminal underworld over run by vampires. 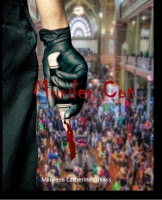 Maureen Catherine Orkwis-murder mystery fantasy writer of Murder Con and Mass Murder.  Murder con takes place at an Orlando Comic Convention through the eyes of two cosplayers who meet an arrogant detective who knows nothing about the geek world. 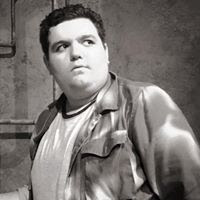 Dylan Guarisco-Actor, voice performer, cosplayer.  He has worked on Indie film project “Bocas” as Patron on Prime Video and “Back in Black” by Negative Normal Productions.  He also voiced Father Cornello in “FullMetal Abridged Episode 1” and a clone from the game “Star Wars Battlefront 2”.  Youtube channel Dylan-Guarisco YT 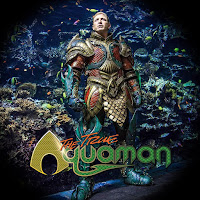 Rick Stafford-The True Aquaman, professional cosplayer, charity worker, gamer, and amazing human.  A few minutes with Aquaman, and you will see why he is one of the greatest members of the Justice League.  This dude goes swimming with the alligators, and he can command sea monsters. 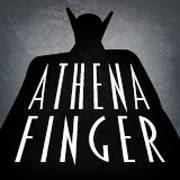 Athena Finger--heiress to the Dark Knight-Granddaughter of Batman co-creator, Bill Finger; Batman historian, artist.  You will not want to miss her at Keiser Super Con Issue #2.  Learn about the real history of the creation of the Dark Knight.  Check out her artwork as well.

Jeff Balke-is an entrepreneur, animator, voice actor, colorist and producer who created his own animation studio, Jeff Balke Studios which focuses on 2D CEL Animation. In addition to creating animations, the studio also produces weekly Comic Strips and in addition creates Comic Strips ANIMATED! and Comic Books (from their new division, Balke Comics). The Studios was founded in 2015 while Jeff was working as an Award Winning Comic Book Colorist and has worked on more than 300 comic books, and has worked with companies such as Marvel, Image, Zenescope, and Storm King Productions just to name a few. Jeff has also been nominated twice for the Eagle Awards for Best Comic Book Colorist, and won the Shel Dorf Award in 2011 for Colorist of the Year. In 2007 he created Sketch Coloring™ (HIS version of commissions). Sketch Coloring is when Jeff colors (with markers by hand) most anything black and white (comic, print, poster etc.) making what’s colored POP right off that image and leaving some of that item black and white, which makes it one of a kind and unique. 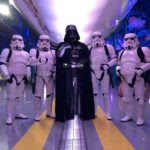 Anime Cars of the World-Tampa based group with cosplay cars from pop-culture and anime.  Volunteer group that enjoys cars and visiting conventions and charity events to show off their awesome rides. 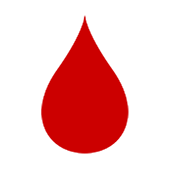 The Leukemia & Lymphoma Society ofNorth & Central Florida-LLS is the largest voluntary health organization dedicated to funding blood cancer research, education, and patient services.  These folks are on a mission.  Proceeds from our event will go to help fund LLS. 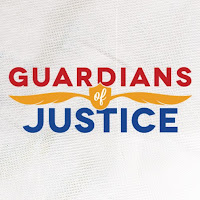 Guardians of Justice-non-profit organization of costumed characters whose mission is to inspire, support, motivate, and empower children.  They give back to the community through cosplaying.  They are a super fun and passionate group of heroes. 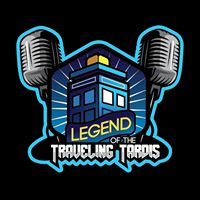 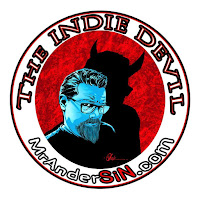 Mr.AnderSin- is the UNBOXABLE ADVOCATING CREATOR who advocates for fellow indie creators on www.INDIEADVOCATES.com and creates his own Devlish Indie Comic Books.  You can find his comics at www.writtenSiNs.com.  He creates tempting tales and offers support for those who ask for the INDIE DEVILS HELP. 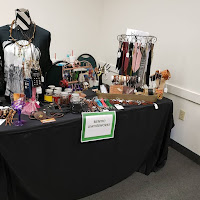 Bientro Leather-Amazing handmade leather items made by amazing folks.  Leather wand holsters for the Potterheads, Bags of holding for the RPG-ers, leather crowns and jedi inspired belts for the cosplayers, many awesome steampunk items including teacup and mason jar holsters, and even some awesome chainmail items.  They really know their leather.  If you are looking for a unique gift or cosplay item, this booth is a must see!

Bender Boutique-If you are on a quest for something unique, you must check out Bender Boutique.  They carry many unusual handmade jewelry items inspired by fandoms in books, movies, and pop-culture.  Some of her jewelry inspired items include Tarot, redruM horror inspired pieces, Superheroes, Game of Thrones, Windrunner, and so much more!  She also makes amazing gift baskets, themed quilts, ornaments, and whatever else inspires. 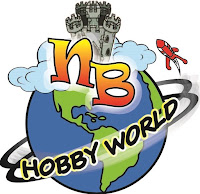 NB Hobby World-If you are looking for comics and collectibles, this is your place!  NB Hobby World focuses on hobby and pop culture related items to toys, model kits, apparel, anime, movies, Funko, Square Enix, Bandai Model Kits, Action Figures, and more!  Find the kid in you at this booth or pick up an NRFB collectible.  You can find something at this booth to make the geek in you happy. 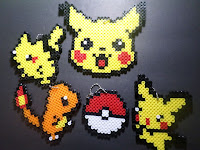 Perler.Crazy.Creations-The cool little melty bead-things are called perlers, and this artist does awesome things with them.  She likes to make creations that people have not seen before, as well as bring joy with various fandom pieces.  She can also do custom items and add images to coasters, mousepads, mugs, t-shirts, etc.  Check out some magic with the 16-bit-looking pieces at this booth. 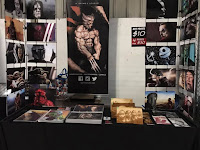 A Grimes Studio-Artist specializing in illustrations, sketch cards, digital artwork, comics, portraits, and animation.  Allen Grimes has produced licensed work for Star Wars, Marvel, and Stranger Things through Upper Deck and Topps trading cards. He does fandom art, children’s books, and is the co-creator of 2i Comics LLC.

Jeff & Holly: Collectibles & Gifts-spreading the joy of collecting throughout the community and beyond.  These folks love their pops, and they carry collectibles for the many fandoms.  Collectors themselves, they understand the joy of finding that new piece. 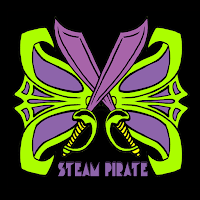 Hidden Star Graphics- They have the Hope Falls Comic and Shadows in the Light graphic novel, Fire art, canvas, jewelry, Voodoo Dolls, trinkets, bookmarks, comfort companions, and an assortment of fandom items.  This booth is going to be awesome! 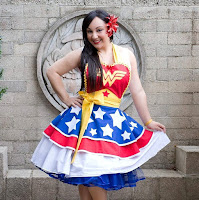 The Baking Amazon- Cosplayer, photographer, Wonder Woman!  This lady really is a-maz-ing!  The Baking Amazon will be making cupcakes for Keiser Super Con Issue # 2 with all proceeds going to benefit the Leukemia and Lymphoma Society of North and Central Florida.  Pick up one or two…or a dozen of her awesome creations while you are here!  (Available Saturday) 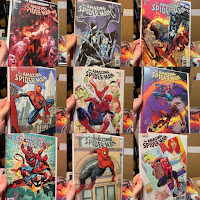 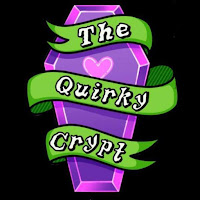 The Quirky Crypt- A unique and off-beat boutique specializing in statement-making clothing, accessories, gifts and more!  You can find whimsical fashions and size-inclusive clothing.  There is nothing boring here.  Enhance your style at this booth!

Floating Stars Studios- Adorable homemade sewn items including plushies, bags, pencil cases and hairbows inspired by fandoms.  These are unique items that you aren’t going to find anywhere else.

KonaIce of Union Park- Kona Ice is the most unique, fun, creative & community driven experience in the country.  Check out their awesome flavors, including color changing flavors. 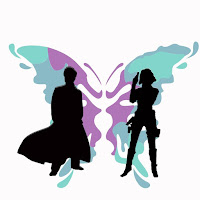 UndercoverGeek Jewelry- I totally had to make the fangirl “Squee” sound checking out this vendor’s stuff online.  I am super excited to have Undercover Geek Jewelry joining us with geektastic jewelry for so many fandoms!  Come and check it out! 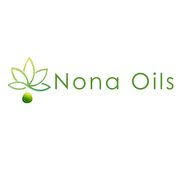 NonaOils- Provides customers with high quality Hemp=Life products including high quality CBD oil which has been shown to help with chronic pain, anxiety, depression, and various other chronic conditions.  CBD can even help your pets!  If you want more information, are interested in trying, or already use CBD and need to replenish your supply, check out the Nona Oils booth!

Crystal & Pewter -If you don’t have any pewter figures in your house, you need them!  They will have lots of shinies.  Check out the awesomeness at Keiser Super Con Issue #2.

Wee Bee Cards-Get out your playmats and check out this table with Magic the Gathering singles, Pokémon singles, packs, pins, figures, and throw blankets you can prepare to battle. 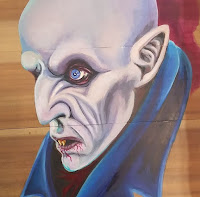 Cardinalli’s Carnival O’Cult-Primo Cardinalli is an experienced artist who works in several media and many different genres.  He looks for things to repurpose to turn into art and put into the homes of his fans.  You may find prints or canvases or shovels and fence posts at his booth just depending on what he has found to bring in for the show.  Check out what the Ring Master has to offer at Keiser Super Con.

Popular posts from this blog

Friday, December 4, 2020-Saturday, December 5, 2020
The vendor form is now working for online registration for Keiser Super Con Issue #2. If you are interesting in being a vendor, you can sign up at the link below, or let me know if you would prefer a paper form at info@keisersupercon.com. Vendor fees are the same as last year $50 includes 2 event passes, 5' x 2' table and 2 chairs in an 8' x 8 ' space. You can add additional passes, electricity, additional spaces, and/or additional tables and chairs. If you want to bring your own table instead of using ours, we can arrange that too. If you need anything for set up that you don't see listed, let me know and we'll work it out. Set up on Friday will be open from 2p.m. - 5 p.m. If you can't make it Friday night, you can set up as early as 7:30 a.m. on Saturday. I know several of our awesome vendors from our first event are planning to come back, and I look forward to seeing new faces this year as well. Let me…
Read more 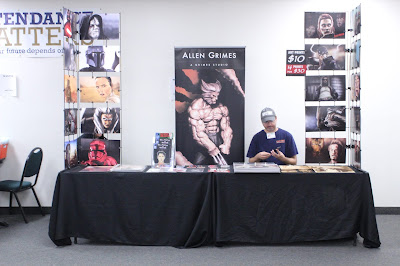